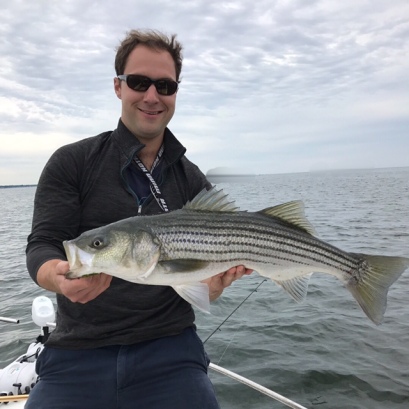 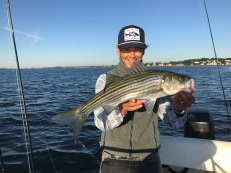 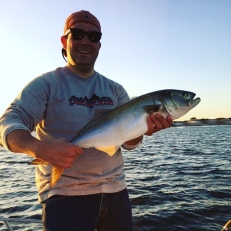 Out of seemingly nowhere, I get back from vacation and it feels like October, yet it’s only Labor day weekend.  Nighttime temps are down to the low 50s!  Water temperatures dropped 5 degrees in two weeks, which is a lot.  My first fishing trip back yesterday yielded about 20 stripers in two spots, mostly on topwater.  Gone are the days of lazy stripers only eating jigs fished low and slow.  They are hungry and aggressive.  I’m talking bass and blues knocking pencil poppers into the air.  I love it!  They were eating just about every other cast, as I was casting lures into a local rock pile.

Albies have got to be here soon, any day now.  In fact I heard a rumor of a pod of albies this morning in middle passage…  The same report included a big fish that straightened out a hook, and nearly spooled a friend of mine.  Big blues are becoming really common outside the harbor according to some of my colleagues too.  They are moving from their mid sound summer haunts into the shallows.  I believe this is because of these peanut bunker I saw them throwing up yesterday.