Well the fish showed up! And damn it felt good to bend a rod after 4 months (minus some vacation rod bendage).  There are some really quality fish too for this time of year.  After work Monday afternoon I hurriedly threw a few plugs and plastics in a bag, and rushed to an early season spot I fish in the Norwalk river.  The spot felt a lot different then it did on Saturday when I last did some exploring.  Most notably was the amount of egrets stalking and gulls hovering above the marsh.  A few casts in and I see my plug being followed by a quality ‘keeper’ sized fish (although I don’t ‘keep’).  A few more casts and I land a smaller fish.  Then wham!  My plug gets hammered.  Set the hook, and he’s giving me a run for my money in the current.  The fish comes thrashing to the surface and i see it’s a nice one.  Then poof, he’s gone.  I inspect my lure and see the fish broke my rusted underweight hooks right off.  I’ve been spending too much time on my boat and haven’t gotten to the tackle maintenance yet.  When i threw those plugs in a bag I didn’t look, clearly.  I could not get them to eat my gray Fin S Fish on a jighead, all they wanted was this white Rapala.  The next morning I woke up at an ungodly hour looking for revenge.  Nope, it got cold again, and the wind was from the east which goes against the outgoing tide in this spot.  Not a bump.  We’ll see if i can get a photo shoot with the early season brute that made me look like a fool next time. 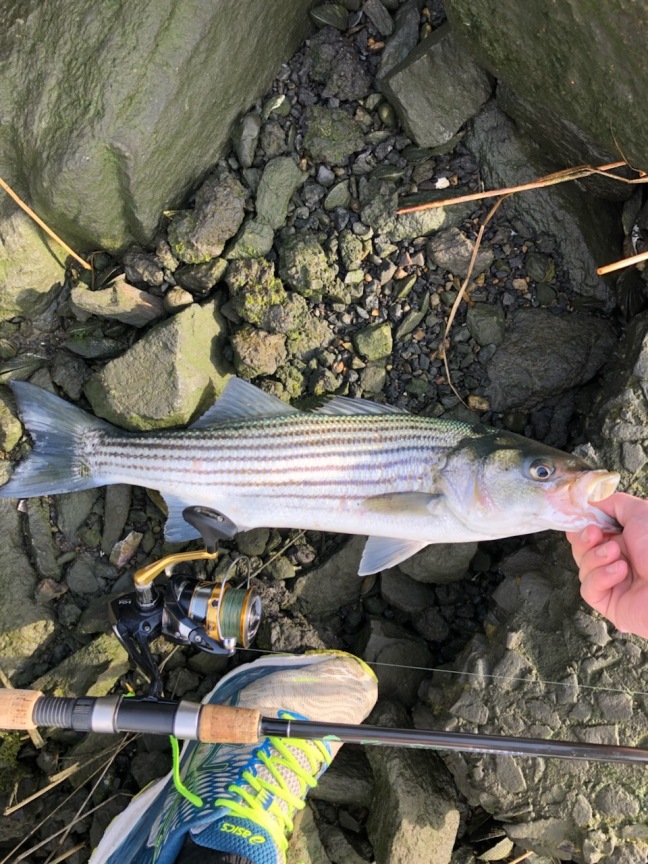 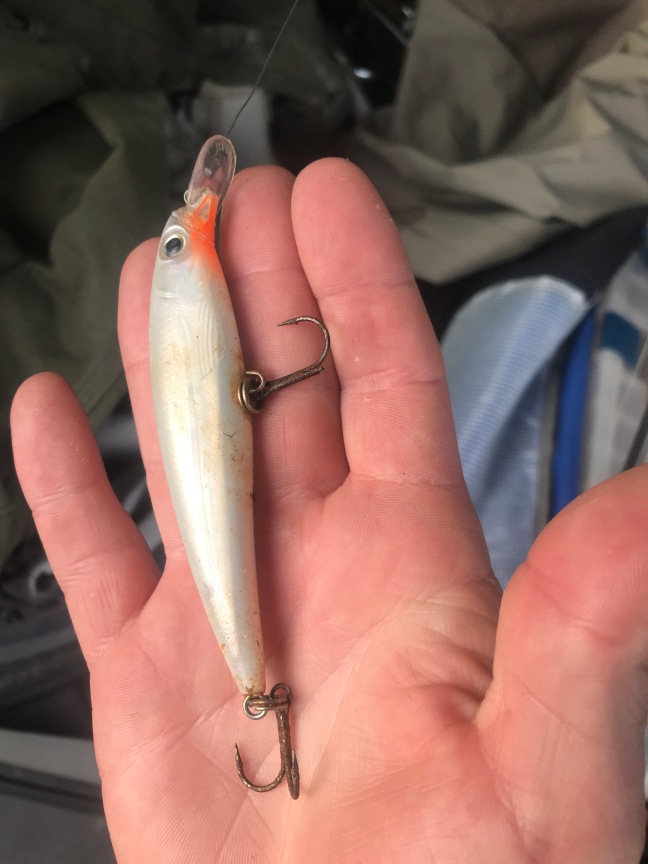 One thought on “Our Striped Friends Have Arrived”